Log line:  Demons are real and Riley Parra is going to give them Hell.

Synopsis: Detective Riley Parra grew up in the bad part of town, the crime-ridden No Man’s Land. Now, as a cop in a corrupt department, she strives to make sure the rough streets she left behind aren’t forgotten. One case leads her to the discovery that No Man’s Land is a battleground between angels and demons, a supernatural war that’s been waged for centuries. Thrown into a world she never believed could exist and told that she’s the only chance of defeating evil.

To get film news, including announcements of the latest films available on our video on demand streaming platform, join our mailing list. please note that your name will be added to our film news database. It will never be shared with anyone else and you will only be notified about things you have said you are interested in. You can change your subscription setting at any time. 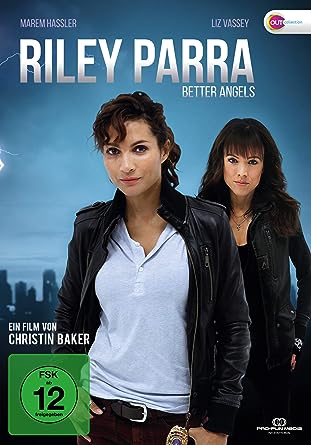 Find a legal way to watch this film online

Lesflicks knows that finding lesbian films can be difficult. So we’re working to make it easier to find the film you want to see legally.

Lesflicks is an independent lesbian-owned, all volunteer website and video on demand platform!

Help #AmplifyLesbianFilm by telling your friends about us. If you really love what we're doing you can also subscribe to our video on demand platform or donate towards the running costs with the button below. We're currently 100% volunteer run by lesbian, bisexual and queer womxn.